I have soooo much free time, I decided to start working through the NXT Shows on Hulu. For someone who has longed for the days of Saturday Night or Worldwide for that matter, this is the closest I am going to get. Of course, doing them retroactively will mean that I have to space out my jokes. Do I mock Tony Dawson now or wait a little bit? Decisions. Decisions.

Anyway, I decided to start with the beginning of 2013 because I wasn’t going back to the beginning of this show. I ain’t THAT crazy. I did watch the 2012 recap show just to make sure I knew what was going on… which apparently was “Fuck – the WWE called up all these guys and now we have to figure out how to explain it storyline wise.”

Oh and I so didn’t proof read this.

The show opens with the Shield jumping whoever the fuck it was in the ring and then Dusty Rhodes and the Shield cut promos and I am all giddy. Of course that is because of current RAW angles… if I had watched this nine months ago, who knows? I will say Reigns one line of dialogue combined with his chuckle was great. 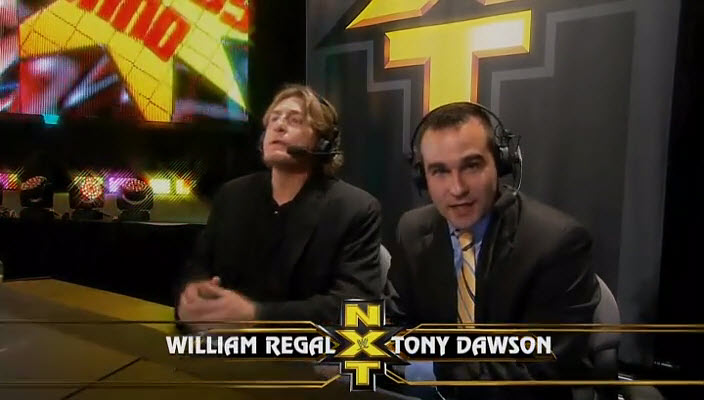 This would be Regal’s “The Road to Salvation is Hard” Face.

William Regal – Color Commentator. This will just have a permanent spot ever week.

The lady in the front row who was all over the heels. Primo was great playing off her. The should make sure she is there every week just so heels could learn how to interact with the crowd.

Tyson Kidd/Justin Gabriel vs. Leo Kruger/Kassius Ohno was fun. I wanna call Ohno Chris Hero since it is WAY easier to spell but God forbid the IWC yells at me being all high and mighty by using a guys other name. Damn me and my three digit IQ. For the little I have seen of NXT, I seem to have seen Kruger a bunch. That isn’t a complaint since his Nise Skinner gimmick is good to watch.  Gabriel has tiny pants and Kidd has stupid hair and they really a little too much on the overly choreographed moves but you will enjoy them in a 2013 White Lightning kinda way. This gets a bunch of time and has a clean ending and you can’t complain about that. 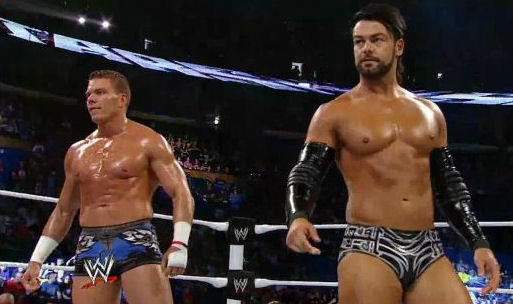 Hey! Jim Ross showed up to call the main event. I like the idea of Ross calling the young guys and I can understand the idea that he just does “special” matches to give them a different feeling. A permanent Ross/Regal team

The main event sucked mainly because we all knew the Shield run in was coming but the aftermath was great as Reigns just casually stands on Graves neck which gets this seven billion Worldwide points. Then Dusty sends the entire locker room out and the Shield takes them all on while a faceless dude takes a crazy bump and then Big E Langston comes out and the crowd is all happy. I mean let’s not delve too much into what could be argued the flaws of the booking but it means I am getting Rollins/Langston next week.

Poor poor random guys who the Shield jumped. They never ever got names. I mean even in recapping the events, Dawson just called them the “competitors”.  Enhancement talent on the development show, that’s a new one. 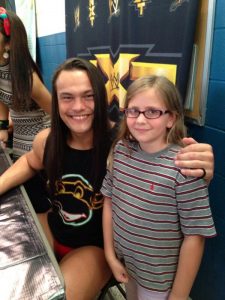 Blink twice if you need us to initiate an Amber Alert

God Bo Dallas is not a good look man.  Nor is he very good at the wrestling. Epico tried but this really didn’t have a shot. Oh look – there is Curtis Axel… oh wait, he is still Michael McGillicutty at this point… to help fend off the Colons. So I guess I am getting a tag match next week. If Teddy Long was here, it would have been tonight’s main event.

I am putting Sasha Banks vs. Tamina here because it lasted maybe two minutes. All I got out of it is it was Banks second match on NXT and Dawson doesn’t know the difference between “amplitude” and “altitude”. 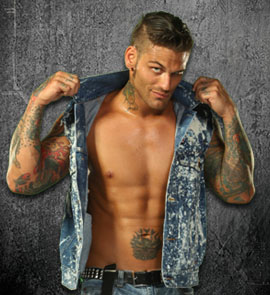 I want to punch Corey Graves in the face. Hmm… maybe that means he is doing his job and this should could in the other half of the column. Oh wait – he is from Pittsburgh too. This stays here.